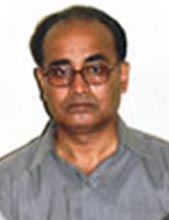 Dr. Jha obtained his Post-graduate (1987) and Doctorate degree (1992) in Applied Geophysics from Indian School of Mines, Dhanbad. He joined this Institute in April 1990. Prior to joining NIRM, he had worked as Administrative Officer in GIC from 1988-1990. From 1990-96, he was working in the field of Mining-induced-seismicity (MIS) at the seismology division of this Institute. He was visiting faculty for PG courses in Geology of Bangalore University (KGF centre) for two years during 1992-93. He is credited with establishing the Engineering Geophysics Department at NIRM in 1996, first of its kind in India at that time. Since then, he is heading this division and steering its activities.He has authored over 45 papers, edited and published two conference proceedings (National & International) and completed over 100 research and industry sponsored projects as project leader and principal investigator, including S&T project of Ministry of Coal and International Institutional Collaboration Project with NGI, Norway. He has guided for four doctoral thesis work (Ph.D.s) from IIT, ISM and NIT. He brought Step Frequency variant of GPR to India in 1996, sole of its kind in the country till date. Since then he has established its commercial applications in many innovative ways both with acquisition and processing of GPR data including guided profiling from single borehole, Frequency Domain Attenuation Tomography (FDAT), 3D-tomography and tomography across non-parallel boreholes. He is member of BIS committee on setting Indian Standards for Geophysical Investigations for river valley projects. He is member of several professional bodies and scientific socities in the field of Geophysics, Geology, Seismology, IT, NDT and Rock Mechanics. He was heading the Establishment & Administration of the Institute from July 1999 to April 2008 while holding the additional assignment of Controller of Administration. 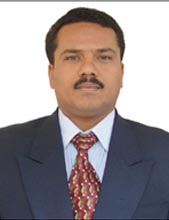 Dr. Sandeep Nelliat, a Geophysicist by education, completed his MSc(Tech) degree from Cochin University of Science & Technology, Kerala and obtained his doctorate from Indian School of Mines, Dhanbad. Dr. Sandeep joined the Engineering Geophysics Department of NIRM in the year 1999 and is presently placed as Scientist-III. In over 17 years of his allegiance to Near Surface Geophysics, he contributed to R&D by successfully completing more than 120 sponsored projects. His studies are mainly related to site characterization by rock mass classification, ground stability and structural integrity analysis, evaluation of rock mass (in-situ) for underground caverns, tunnels, mines, foundation of dams, metro rail and other rock engineering sites. He acquired expertise in geophysical tomography and high resolution surface & borehole investigations for complex geology and urban environment. He has authored over 30 research papers in journals and conferences and has delivered lectures to practicing engineers as part of manpower training programmes. He has visited Norway and Bhutan and has affiliation to several professional bodies like SEG, ISRM, ISEG, AEG, IGU, MGMI, ISRMTT etc. 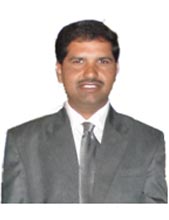 Dr.ButchiBabu B. is a Geophysicist, completed his MSc (Tech.,) from Andhra University, Visakhapatnam in 2005. He joined as Scientist-I in 2010 and currently working as Scientist-II in Engineering Geophysics Department. Prior to joining, worked as CSIR-Senior Research Fellow at National Geophysical Research Institute, Hyderabad and has experience in High resolution Aeromagnetic, Electromagnetic and Radiometric data Acquisition, Processing and Interpretation. At NIRM, He contributed to solve many engineering problems in civil, mining and hydroelectric projects by using surface and borehole geophysical techniques. He got experience in high resolution borehole tomography using seismic and GPR techniques. He is the key investigator for the industry sponsored and R&D projects and published more than 15 research papers in International/National journals and conferences. He has visited Belgium, Bhutan and has affiliation to several professional bodies like SEG, SPG, ISRM, ISEG, AEG, IGU, MGMI, ISRMTT etc. 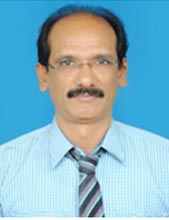 After obtaining Post-Diploma (1990) from Indian School of Mines, Dhanbad Mr. Sivaram is associated with all the key activities of this group since 1998. From 1990-98, he was associated with Electronics Instrumentation department and involved in Design, Fabrication and Installation of Seismic/Micro-Seismic Networks. Got patent for Roof Stability Tester developed for Coal mines under S & T project GOI. Has been working for longer than 25 years in Shallow Geophysical investigations He is responsible for acquisition of seismic refraction/tomography (both P & S) survey, GPR profiling/reflection, Resistivity sounding and profiling data. Developed battery operated GPR for coal mines under Collaboration Project with NGI, Norway (INPIC). Also for upkeep and maintenance of all equipment of the EG dept. Completed over 120 research and industry sponsored projects as a co-investigator, including S&T project of Ministry of Coal and Mines and also contributed more than 30 technical papers as a Co-author 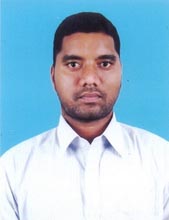 Mr. Goverdhan K is Scientist-I of Environmental and Exploration Geophysics Department, National Institute of Rock Mechanics, BSK 2nd Stage, Bengaluru. Mr Goverdhan K did M.Sc, from Osmania University in 2006. I have registered Ph.D Programme at Department of Geophysics, University College of Science, Osmania University on the topic- “Seismotectonic Studies along Kakinada to Howrah Geo-transect” under the guidance of Dr. T. Seshunarayana, Regd. Chief Scientist, Engineering Geophysics Division, National Geophysical Research Institute (NGRI), Hyderabad in 2011. Mr. Goverdhan K, worked as a Project Assistant in NGRI, since 2006-2014. I have associated with Geophysical data acquisition, processing &Interpretation. I have published technical reports more than seventeen under CSIR-Network and Sponsored Projects. He has communicated four research papers to the National/International journals and attended more than eight Symposiums/Seminars/Conferences at various parts of the country. As a Project Assistant, actively participated in the field data acquisition using various Geophysical methods such as 2D seismic reflection, Gravity, Magnetic, Geophysical Logging and shallow seismic studies (MASW and Refraction) for coal/lignite exploration & Engineering projects. I selected ONGC merit scholarship during post graduation from 2004-2006 academic year 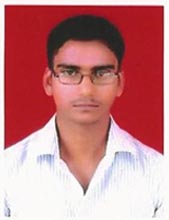 Completed Diploma in Electronics and Communication Engineering from BTE Delhi and joined NIRM in 2015 on post of Scientific Assistant-I. Working with the group of NIRM EGP in the field of various Geophysical investigations by Tomography, Resistivity, GPR, and Seismic method using various Geophysical instruments.